A glimpse into my crazy party days… 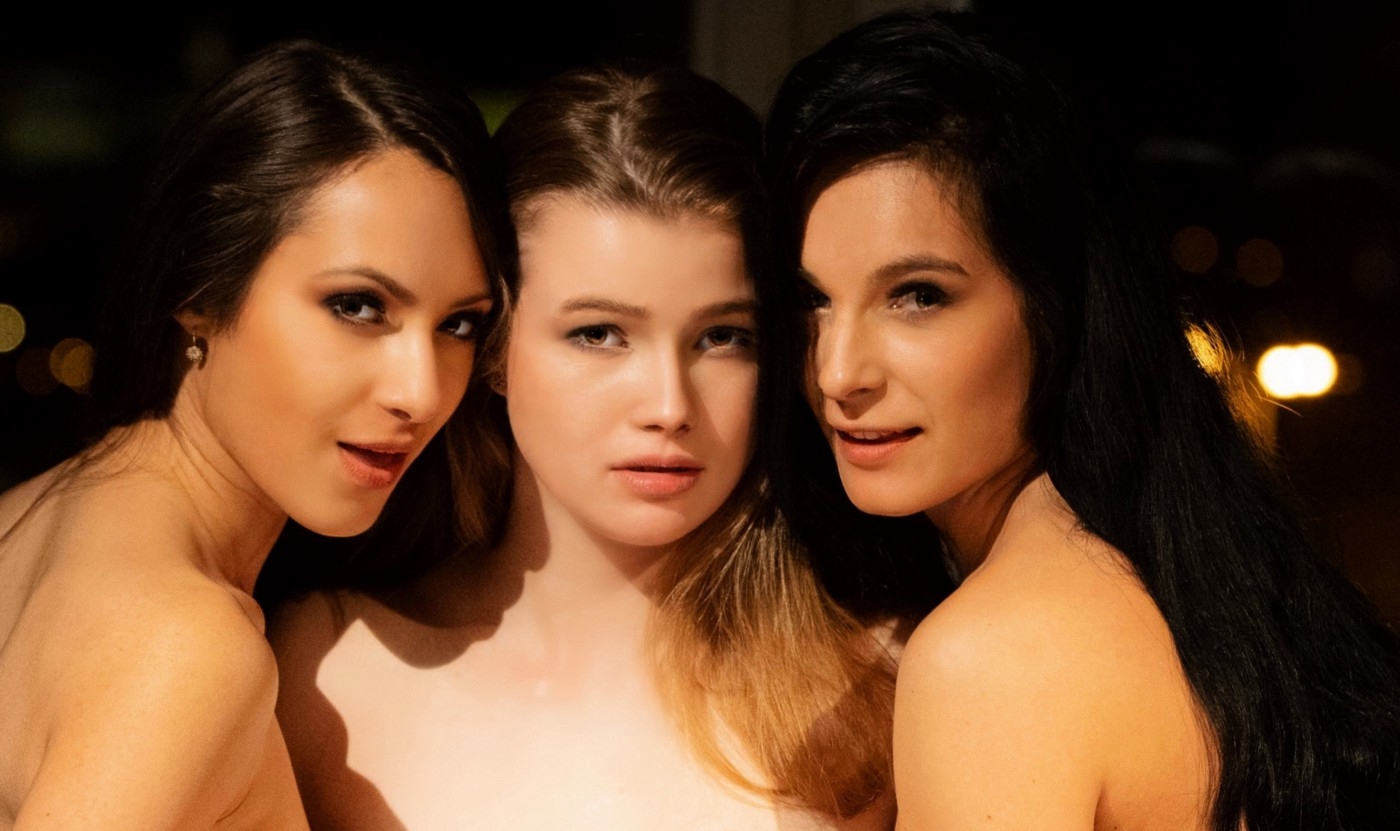 There are three naked women dancing on my coffee table. I’m on my back a few meters away, naked on a white feather duvet at the fireplace, cigarette in one hand and a glass of vodka and ice in the other. Their sexy bodies move to the rhythm of the music. Reflections of flames from the fire flicker over their smooth, tanned skin. The sliding doors leading to the deck and Jacuzzi are wide open. The music blares full blast, drowning out the crash of the waves on the rocks below.

I don’t have to worry about complaints from the neighbors. Most of the multi-million-dollar Cape Town beach houses around mine stand empty out of season. I’ve lost track of time, but I know it must be late. The party started just before sunset when Sandy, a girl I’ve been recently hanging out with, arrives with a friend who has pretty eyes and long brown hair. Sandy knows how to keep my interest, bringing over new and beautiful women every weekend.

Having sex with more than one woman at the same time does it for me.

Along with the champagne and sushi, as we lounge on the deck watching the sun set over the Atlantic, there’s coke and ecstasy. I’m not a big fan of cocaine but the girls seem to like it. It keeps them awake, and there’s more sex — which is an added bonus. It’s not long before all three of us are naked in the Jacuzzi on the open deck with its 360-degree views and the Atlantic Ocean stretching out like a jewel in front of us. The women are a perfect mixture of beauty and intelligence. Sandy has set fragrant white candles on the edge of the Jacuzzi. With the sound of waves crashing from the beach below, the setting is magical.

I love sex! That’s why I love my Jacuzzi too. It has become part of my strategy for setting up juicy threesomes: not only is it a great women magnet, but also a non-threatening way to get them naked. When out on a prowl, I often recommend to the girls that we have the next drink at my place in the Jacuzzi. When it is about getting into the Jacuzzi, I just casually strip off my clothes, get in naked and turn away, to give them some space as I look out over the sea. Most of the time the ladies follow suit.

Sandy knows how to keep my interest, bringing over new and beautiful women every weekend.

Later that evening we find ourselves back inside, sprawled out on cushions near the fireplace. Alternating between the two, I play with and kiss both women. I bring their heads together to kiss each other, joining the kiss with my tongue — the three tongues twirling together. Super sexy!

Then, Pretty Eyes is on her back while Sandy, on all fours, has her head buried between her friend’s outstretched legs, with me fucking her from behind. I’m so involved I hardly notice when Sandy looks up and casually says, “Oh, look, there’s a fire outside.” I glance to the left and find that my Jacuzzi is on fire, meter-high flames dancing skyward. For a while, I just stare. It looks surreal.

Then it flashes through my mind that the Jacuzzi’s on a wooden deck, that I live in a timber house and that all the houses around me are built from wood. The entire neighborhood is about to burn down and I’m going to be the one who started it. Next thing the three of us are leaping around naked with cooking pots full of water, dashing between the kitchen sink and the Jacuzzi trying to douse the flames. It takes me a good 10 minutes to remember that I have a garden hose. The weird thing is that as soon as I think we’ve put out the fire, it lights up again. I eventually look under the Jacuzzi to discover that there’s a fire raging inside its walls, around the pump and motors. Maybe candles on the fiberglass edge were not such a good idea after all.

“Oh, look, there’s a fire outside.” I glance to the left and find that my Jacuzzi is on fire, meter-high flames dancing skyward. For a while, I just stare. It looks surreal.

I wonder how long it’s been alight. We’ve been getting it on inside for at least two or three hours. I’ve always found it fascinating how time seems to dissolve when you’re having sex, especially when alcohol and drugs are added to the equation. I finally manage to extinguish the fire, but the two girls have long since lost interest and are now back inside downing shots of tequila.

Not too long after, beautiful Mandy arrives to join the party. Shots of tequila, another gram of cocaine and a few more ecstasy tablets later, Sandy and Mandy are dancing naked on the coffee table while Pretty Eyes is between my legs, performing incredible acrobatics with her mouth and tongue. It is a night filled with flames. Unaware of how close we are to the fireplace, the next thing her hair catches alight. She’s been so busy devouring me that she doesn’t realize it. For a split second I contemplate stopping her, telling her her hair’s on fire, but I decide against it — I don’t want the sensations pulsing through my body to stop. Instead, I use the duvet to quash the flames. She reads it as a sign of my pleasure and moves her mouth up a gear. I will tell her about her singed hair later, but right now I’m back in my world of Pretty Eyes and her tongue.

After a while, she joins the other two naked nymphs dancing on the coffee table. Then, in my sexually charged ecstasy-and-vodka haze, I slowly become aware of feathers floating around the dancing bodies. They are everywhere, drifting all over the open-plan living place, floating down the stairs that lead to the bedrooms below. They dance through the wide-open doors out to the deck, into the black night sky.

I suddenly get it. The feathers are from the duvet I used to extinguish the fire on Pretty Eyes’s head. My gaze returns to the three women dancing on the table. The night is still young. The whole weekend lies ahead. I have another sip of vodka and, greeted by loud cheers, join the girls on the table.

* Note: excerpt from the first few pages of my book Jump where I still abused sex as a distraction. Since then the journey took me deep into my heart and soul and eventually into the beautiful world of conscious relating and conscious sexuality.